Just Walk that One Next Step 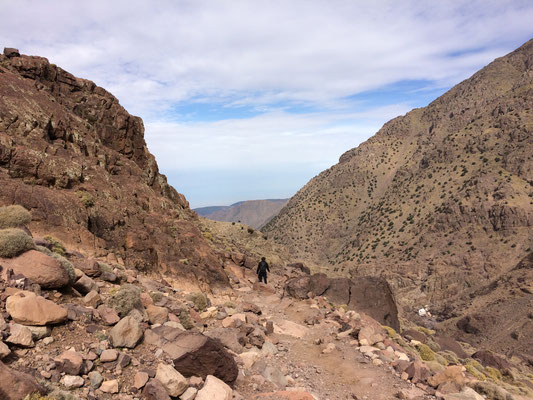 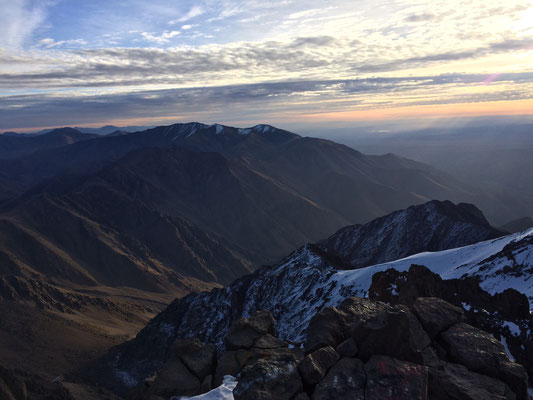 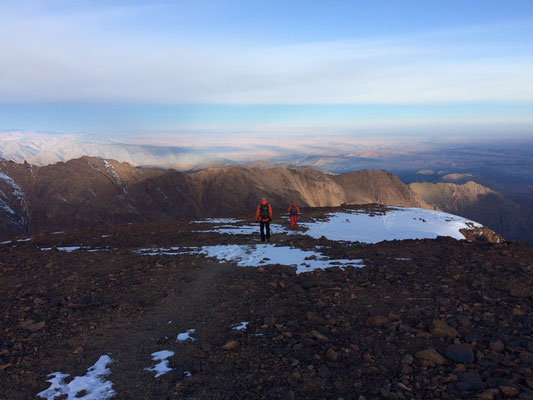 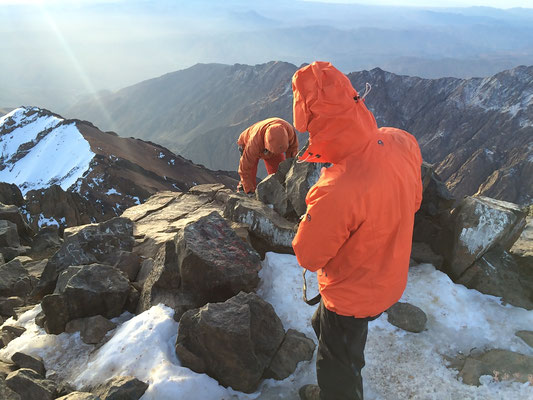 I am a fan of adventures. And I don’t just mean obvious adventures such as traveling to foreign countries, trying out new activities, meeting people from different cultural backgrounds… Adventures, in my opinion, can also be personal challenges such as writing a PhD or learning to design my own website.

But when I have to decide whether or not to embark on my next adventure, I often hit a point of doubt and fear. Most of the time, the new project seems a little too complex. Too many components are uncertain, new, daunting… Let me give you a few examples and share the one lesson that I’ve learned from all this.

There were two trips that were quite different, but that scared me in a similar way.

One trip was a road trip with my friend Tim through Israel and Jordan. The logical consequence of traveling through two countries is that you need to cross the border at some point – and as it was a road trip, we had to cross the border overland rather than flying in with a plane. I had never crossed a border overland up to that point (other than within Europe at least) and I could just not visualise what it would be like. Combine that with one country that has a lot of military-related media coverage (Israel) and another country which I literally didn’t know of until Tim recommended the trip (Jordan) and you might get why I was concerned. What is more, we had booked a rental car from a town close to the Jordanian border, but no other transport was pre-booked. A nightmare full of uncertainty. In the end, I decide to ignore the issue until the day of the border crossing was there. And guess what? It turned out to be the least complicated thing ever. We just had to take one step at a time. Take a bus from Jerusalem to the border town, take a taxi to the actual border, get a couple of stamps in our passport, walk across the border, get a few more stamps in the passport, take a taxi to the next town, pick up the rental car.

The other trip was initially planned as a city trip to Marrakesh. But as both my friend Lucas and I are easily bored of cities, we decided to do something else. “Let’s hike up Mount Toubkal!” was Lucas’ idea. I should add that he is probably the most adventurous person I know and keeps on rock climbing and trekking in all sorts of crazy weather conditions. So phrases such as “strenuous winter trek” and “This trip is designed for confident trekkers who have some experience of trekking on snow. Some sections can be steep and rough. It is expected that large parts of the mountainside will be covered in snow, therefore ice axe and crampons will normally be necessary on all departures” didn’t bother him too much. As I had never hiked in snow and never used crampons before, I was downright scared. But since I am quite bad at saying “no” once I get curious, we decided to go on the trip. And guess what? The same pattern as on the Israel trip applied. One step at a time. Get to the mountain, find the mountain refuge for the first night, get all those unfamiliar tools together (ice axe and crampons), start walking, put on the tools, reach the top. Whenever I needed help, there was somebody around to explain the next step to me. Even using crampons turned out to be really fun and not scary at all!

Lastly, let me tell you about my PhD. It’s a hell of a project and so many times I lose my nerves, because it looks all too complex and challenging and no end is in sight. But then I think of those travel experiences and I see the same pattern once again. One step at a time. What is the next thing that needs to be done? Break it down in chunks and just walk that one next step. And the next one. I’m still only halfway through, but whenever I feel scared, I remind myself of this simple approach.

One reason why I decided to write about this story is also, because I wanted to show how living an active life outside job / academia does help you in everyday life situations. Sure, you can say you really want to focus on your career. And I’m sure you can learn a lot of interesting facts and figures purely by sitting in the office. But a lot of life lessons can be learned so much easier and so much more obvious when you are faced with challenges and fears that have nothing to do with a computer screen. At least I am convinced that crossing the border between Israel and Jordan and ascending Mount Toubkal made me a better researcher. I have internalised my “one step at a time” approach and in my mind, it is illustrated with the most scenic pictures. That’s more than any office learning can offer ;-)

There are no comments yet.

My name is Tanja, I'm a writer, photographer, psychology researcher and entrepreneur. This blog is my public notebook where I share interesting reflections and observations about the world around me.